Bob was the founder and president of Concert LLC, a wholly-owned subsidiary of the University of Pittsburgh Medical Center (UPMC).  Concert is a clinically integrated network (CIN) built around value-based reimbursement and population health quality measures.

Prior to UPMC-Pinnacle, Bob held the role of Senior Advisor, Healthcare and Operating Partner for Linsalata Capital Partners (LinCap), a top–quartile middle market private equity fund.  In this capacity, Bob reviewed investment opportunities in healthcare services, dental care services, behavioral health, rehabilitation and stand-alone therapy services delivery.  Bob was a member of the board of directors of NeuroTherm, a LinCap platform medical device company in the pain management space that was successfully sold to Abbott (formerly St. Jude Medical Inc.).

As the COO and interim CFO of Evogen, Bob along with the CEO, directed a successful 24 month corporate turn-around reestablishing the company as an emerging technology development laboratory focused on sample collection and detection systems for clinical (near patient) and population-based biowarfare/biohazard diagnostics.

Bob spent close to four years on the board and as an advisor to NeuroTherm (NT) the leading manufacturer of facet nerve ablation instrumentation in the world before it was sold to St. Jude/Abbott.  Over the course of his career, Bob has advised and provided oversight of manufacturing, service and support of classified instrumentation.

Bob’s previous tenure included 20 plus years as a managed care and health insurance c-suite executive.  He served as the CEO of a Pennsylvania-based third party administrator (TPA) as well as a captive preferred provider organization (PPO).

As president and CEO of HealthCentral, Bob led a successful turn-around of a 100,000 member managed care organization, grew the company to a most admired provider of commercial and Medicare services, and directed the sale of the company to Aetna (formerly Coventry).  Bob was a founding partner of HealthWise of America serving as both the corporate COO and president of the subsidiary management services organization (MSO): Potomac Medical Services.  Bob had full P/L responsibilities for all operations to include clinical services delivery across five states.

As the fifth employee of the WellCare Management Group, he was a founding principal & COO, providing oversight and leadership for WellCare’s operations in New York, New Hampshire, Vermont, Maine, Ohio and Tennessee.  Bob was also a member of the executive management team that successfully took the company public by way of an IPO.

Educated at the University of Michigan, having been admitted into the six-year BS/MD program, Bob matriculated as an undergraduate in biology and chemistry and furthered his studies in human medicine at the University of Michigan Medical School.  Bob also pursued graduate training in biochemistry and toxicology. He served for ten years as a member of the board of directors of a division of the Pennsylvania Medical Society and currently serves on the board of Home Helpers, a LinCap platform company in the home health vertical. 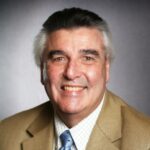 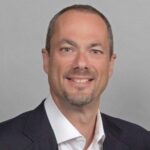